Globally, only 5% of city leadership positions and 10% of senior architecture and urban planning positions are held by women. The inadequacy of gender expertise in urban planning has meant that women’s experience of accessing essential services and economic opportunities has too often been an afterthought in the design of urban environments.

The UrbanShift webinar, "What would cities look like if they were designed by women?", explored the crucial reasons why cities around the world must address the lack of gender expertise in urban planning and design, as well as how mayors, businesses and community leaders are taking steps to improve their cities' inclusive practices.

Urban planning and design are the backbone of the architecture of cities and define, to a large extent, the activities that take place within them. The lack of gender expertise in urban planning can therefore lead to serious disadvantages and sometimes dangers for women, children and gender minorities, perpetuating and exacerbating gender inequalities. In contrast, gender-inclusive urban planning and design offer key opportunities to improve gender equity and reshape gender roles in cities.

During the webinar, Emma Miloyo, the first ever female president of the Architectural Association of Kenya, emphasized that inclusive urban planning is about making cities more equitable and safe for all residents. In other words, urban planners must not only take into account the use of public spaces by girls and women in addition to boys and men, but also the needs of non-binary and transgender people, children, people with disabilities and the elderly.

Beyond the guarantee of public safety, the webinar’s speakers observed situations where public spaces in their cities were occupied unequally between genders. For example, the advisor to the Mayor of Paris, Marion Waller, reported that male residents occupied about 95% of the space in large squares or schoolyards for activities such as skateboarding or football matches.

This unequal distribution and differentiated safety guarantee have an impact on people's lives beyond the simple use of public spaces. Meera Sundararajan, Team Lead of the Gender and Policy Lab of Greater Chennai, noted that a female student in Chennai may be forced to give up her desire to attend a particular university if her family felt that transport to the university was unsafe. Ensuring equal safety in the use of urban services and public spaces thus has a twofold effect on the economic and social life of residents.

The three speakers also discussed how cities could improve and intensify their efforts to make urban spaces more comfortable for women, girls and vulnerable groups. Setting up participatory processes at the city level is one important strategy, allowing residents to bring their different experiences to the table so that existing and potential urban projects reflect their varied needs.

For instance, the city of Paris has interviewed female residents about how safe they feel in various public spaces, using the responses to shape policy planning. Chennai works with local consultants to create participatory entities involving residents and various city departments, such as social services and transport. These processes have improved the inclusiveness of certain public policies, like the renovation of bus shelters.

The speakers also highlighted some of the outstanding challenges, such as the need to train city staff and architectural firms on gender and inclusion and the lack of attention to intersecting forms of inequalities based on gender, age, disability and race.

Just as environmental concerns are now considered priorities in urban design and planning policies, cities must step up their efforts to recognize gender inclusion and accessibility as essential criteria for local action. Moreover, improvements need to be made at both the city staff and contractor levels in order to achieve systemic and durable changes. Gender-inclusive urban planning requires integrating the differentiated experiences and needs of all residents, allowing equal opportunities for everyone.

Watch the recording of the webinar below 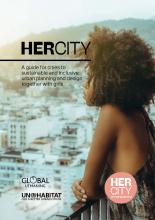 This guide provides urban leaders a methodology to mainstream gender equity in urban planning and design.

This synthesis of the World Resources Report recommends seven transformations to create a new dynamic for durable, cross-sectoral, city-wide change and provides a roadmap to more equitable access to core urban services.